Treatment Versus Cure – Is There a Difference?

What about treatment versus cure? Is there really a difference? 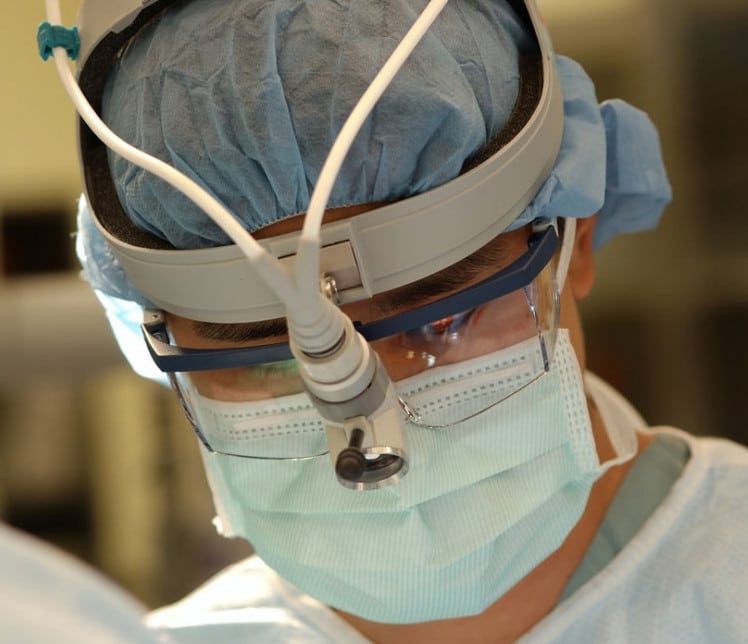 Oh yes! There certainly is. Just think about it. If you were diagnosed with cancer, would you rather hear your doctor say they could ‘treat’ the cancer or hear them say they could ‘cure’ it? The very definition of the two words tells the story…

Treatment is defined at Dictionary.com as “management in the application of medicines, surgery, etc.” while a cure means that “after medical treatment, the patient no longer has that particular condition anymore.” Which would you rather have? A treatment or a cure? I think I know the answer.

Why is the term ‘cure’ almost medically taboo?

If you were to start researching treatment versus cure like I have, you’ll soon find that the term ‘cure’ is hardly ever used in the medical community. Big pharma makes much more money treating conditions than they ever would promoting a cure for anything. So… following the money shows why most of us don’t hear ‘cure’ from our doctors. We are prescribed medication to deal with an issue and then another one to deal with the side-effects of the first. And it goes on and on.

Our doctors are extremely knowledgeable after years (and sometimes even decades) of high level training and learning. I have the utmost regard for most doctors and their knowledge but isn’t it true that we are all a product of our environment? When doctors spend so much time being taught (by Big Pharma that has to make huge amounts of money just to survive) that medical conditions can’t be cured but that the patient must be kept comfortable while the condition wreaks havoc on them, what do you think they are going to do? They’ll hand us what they’ve been given.

We live in a litigious culture!

Another factor that plays in is our litigious culture. Doctors don’t want to be sued any more than any of the rest of us do so to avoid that they don’t even say the word ‘cure’. People with dire medical conditions are desperate so they hear what they want to hear and sometimes ‘forget’ what they don’t want to hear. So if their doctor said they could be cured but doing such-and-such they might hear the cure part and not pay attention to what they needed to do to make that cure happen.

Are there really natural cures for medical conditions?

What did people do before modern medicine? And what do people do who don’t have modern medicine available to them? It is my firm belief (and you’ll never talk me out of this one) that God created plants and gave man the job of cultivating, grooming and making food from them. It is my observation that those who do that are usually much more healthy than those who live on boxed foods from the grocery stores.

But even beyond my ‘beliefs’, there are thousands of people who have totally reversed medical conditions through the use of natural remedies instead of opting for the pharmaceutical approach of treat the ailment. Our bodies were made to cure themselves through our intricate immune system. The foods we eat and some actions we take cause that immune system to do less than it was designed to do and we end up with ailments and conditions that can’t (or won’t) be dealt with without changing our eating habits or changing some other habit that causes the condition.

Can all medical conditions be cured?

The State of Queensland in eastern Australia goes so far as to make a long list what it calls “conditions that cannot be cured” (https://www.qld.gov.au/health/support/end-of-life/care/conditions). There is, however, lots of controversy regarding the subject of disease cures due to quite a few different scenarios.

Many people (myself included) believe in the healing of our bodies through spiritual forces. I have seen people healed by God many more times than I could ever count but that goes into another story that doesn’t relate to the subject matter of this post. Some don’t believe in physical healing because they’ve never actually seen it.

There are huge disparities between what people believe and use for healing dependent upon where they live. Someone living in Rochester, Minnesota, U.S.A., the headquarters of the Mayo Clinic Health System, might make completely different medical decisions regarding a physical ailment than the same person might make if they lived in a remote island in the South Pacific. The ease of use and availability of pharmaceuticals and medical treatments has a big impact on a person’s decision-making process.

What does the medical community say?

Someone trained in the medical profession will most likely have a different answer to a question about a certain medical condition than someone who has lived in a remote Chinese village where the use of natures remedies are the norm. Like the State of Queensland mentioned above, the medical professional might say a particular condition is not curable even though the person familiar with natural remedies and/or cures has seen that same condition cured numerous times.

Another considerations that must be taken into account when asking if all medical conditions can be cured is the length of time that condition has been allowed to ‘progress’ in someone’s body. The day before someone dies from cancer is not the best time to ask if cancer can be cured naturally. While most medical professionals sincerely believe many types of cancer are not curable it is my belief that their reason for that thinking has to do with how they were trained. The medical / pharmaceutical system is based mainly on treatments rather than cures or prevention.

So can all medical conditions be cured? Maybe not. Many, however, can be cured if you know what to do. You can find more about that and what specific condition you need to find on our Natural Cures page.  But whether all medical conditions can be cured often depends upon how long it has been allowed to remain in the person’s body and upon whether the person is willing to take the necessary steps to irradiate it. Here’s what I mean.

Way too often we become too happy with our unhealthy lifestyle. 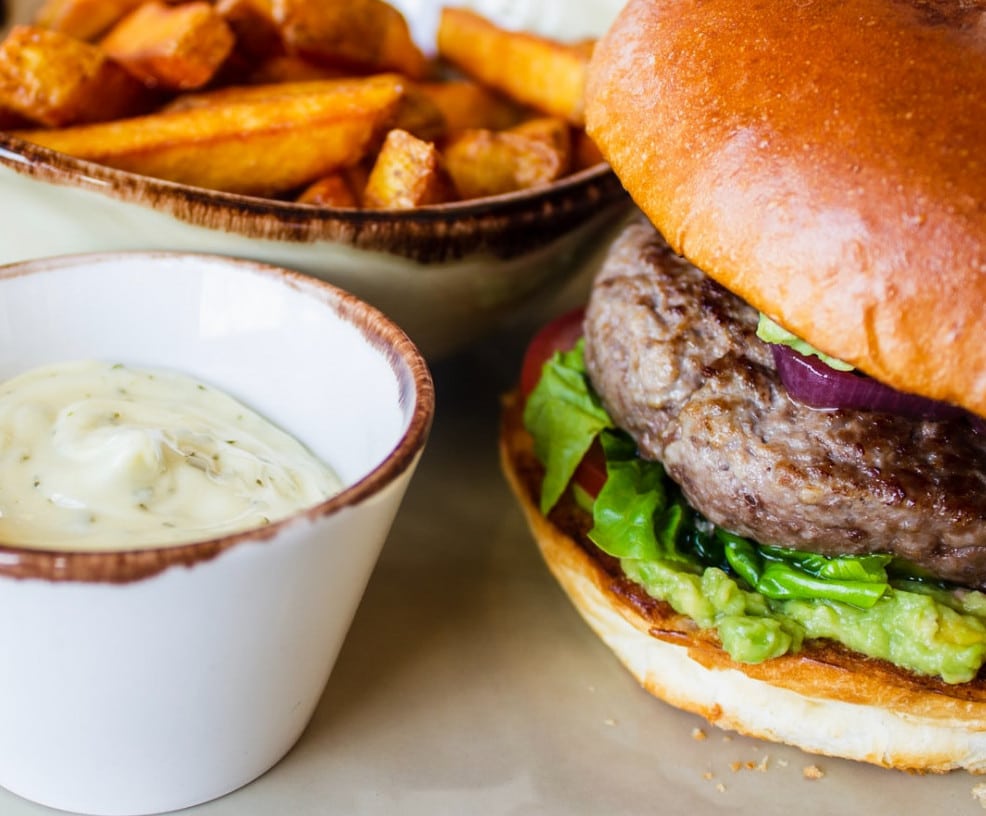 If you look as the overall health of people living in the USA and eating the ‘typical American diet’ you’ll find that population to be generally much less healthy than those living in an area where all our ‘healthy’ American food isn’t available. Those living outside our highly regulated society are often force to eat in a manner much closer to nature than we are and that results in them being healthier overall.

My own mother was diagnosed with lung cancer later in her life having never smoked even one cigarette in her life. She was basically healthy until that diagnosis but was immediately willing to change some of what she ate in order to see if she could slow the progress of the cancer. She asked me what she should do because she knew that I had done a considerable amount of research into the subject after my late wife had died from cancer. I gave her what I believed to be a life-saving protocol and she embraced it…for a while. After a couple years of the cancer going into ‘remission’, she felt the change in her eating habits was not worth it and she went back to what she had been eating prior to the diagnosis. She was gone within months. The cancer which had been gone returned because it was being fed and the process of the cure had not been in place for long enough.

Treatment loses all its appeal when you find out a cure is possible.

The natural cure often requires a change of mindset as well as a change of your actions. The mindset change is sometimes too much for those ‘brainwashed’ by our modern day medical culture so we just roll over and die slowly instead of making the required change using the natural substance that will cause our own immune system to kick in and eliminate the problem. Whether you will admit it or not, you know what you’ve just read is true. But change is often really hard. It was for my mom and it is for many. Are you one of those or are you one who will do use what God gave us in nature to cure your condition? If you’re so inclined (and I hope for your sake that you are) you can go to our Natural Cures page for an alphabetic list of natural cures for medical conditions.